Update Required To play the media you will need to either update your browser to a recent version or update your Flash plugin.

Honest Thief – A Safe Cracker With A Case of Conscience

As the Bad Boys, one thing we can say is that we actually met a real life bank robber. Old school, blowing safes, getaway cars. And the one thing he said was “I wish I never did it”….right after “I wish I didn’t get caught”. Of course he was driving the getaway car so he had only himself to blame.

But it does highlight that sometimes doing the right thing can be hard. Once you get through the mind thinking thoughts of “maybe I can get away with it one more time”, then you have to think about what to do to make things right and that is where Honest Thief comes in. 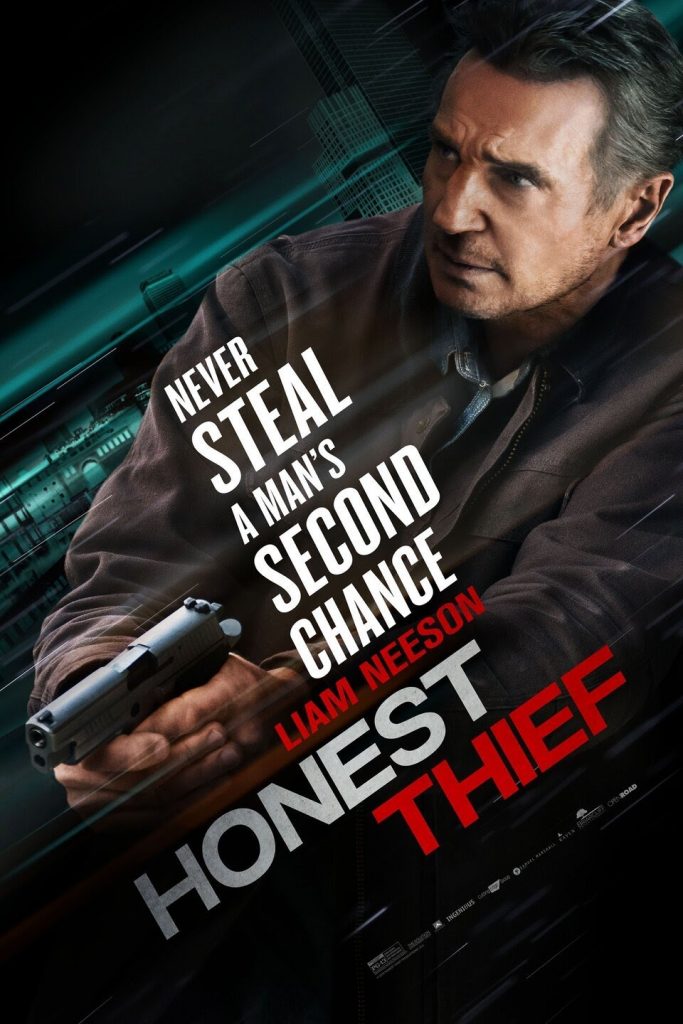 Honest Thief tells the story of a safe cracker, wanting to start a new life so he tries to hand himself in to the FBI.

There have been some downright nasty criticisms of this film, some are warranted, others are very biased but to be honest my initial reaction was, Honest Thief was an enjoyable movie. And the concept was a lighter version of his action blockbuster, Taken.

The only problem I had with the film was that it was a little too familiar. I actually expected more from one of the co-producers of the Jason Bateman TV Series, Ozark. I felt that Mark Williams could have added more depth to the story than the familiar spin of good criminal – bad cop (in this case Jai Courtney as a crooked fed). Coming in at around 90 minutes, it could have gone for longer and fleshed out a few more layers while adding some twists and turns.

But I am putting the lack of depth down to Covid-19…may as well because it is getting blames for everything.

It is just enjoyable to hear his voice back up on the big screen. I have always been a massive fan of Liam Neeson. To me, as a podcaster and radio announcer, he falls into the category of Morgan Freeman and James Earle Jones. His voice is golden, unmistakable, maybe it is his distinct Irish accent. From his first big movies Schindler’s List and Rob Roy, you knew this guy was going down as one of Hollywood’s greats.

Who didn’t love his voicing of Aslan in Narnia?

Around the same time, he shifted gears into action with a series of movies that set him up as a bankable action star. Fortunately, Honest Thief paints a bit of action and thriller but is more aimed at delivering the message of right and wrong.

If you are coming out of lockdown and want to indulge in a movie then you can’t go past Liam Neeson’s, Honest Thief.

Check out the trailer for Honest Thief below

NO TIME TO DIE DVD Giveaway

The Bad Boys and The Bond Villain – David Dencik

Bad Boys Chat with Ross Pirillo From ManUp Down Under

Grindr and the Mafia Kingpin

The Bad Boys Smell a Rat

NO TIME TO DIE DVD Giveaway

The Bad Boys and The Bond Villain – David Dencik

Bad Boys Chat with Ross Pirillo From ManUp Down Under

Just Who The Hell Is Chris Hemsworth Anyway?