Update Required To play the media you will need to either update your browser to a recent version or update your Flash plugin.

The Beautiful Addiction – Older and Wiser With that Same Chocolate Starfish Flavour.

There are three things everyone remembers about the band Chocolate Starfish, the band name which may be related to one of the members seeing a cat with its tail in the air walking past.

Then there was Adam Thompson…the bald head and the ponytail, an essential bad boy accessory for mid-nineties fashion.

And of course the first single. The moment when every radio programmer in Australia chuffed and thought, these guys are doomed! I mean why would anyone take on “You’re So Vain” as their debut single?

It was a ballsy move that forever etched Chocolate Starfish into the Australian music history books. And then the video appeared. It was at that point that everyone, including the band knew that Chocolate Starfish were not going to be a one hit wonder. They were making a statement.

27 years later, that same passion and energy that appeared bouncing onto the stages around the country is back, however this time the years have given them an equal measure of depth and maturity. The Beautiful Addiction has traded a “Four Letter Word” with searing guitars and pounding drums with “3 Words” which opens the album with a softness and dignity, a love ballad in its purest form. 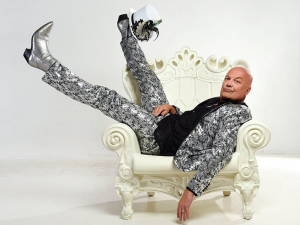 Does this mean the lads, who named their band knowing they were going to raise an eyebrow and a smirk on the lips, have actually grown up? Just when you think you know what you are in for, the drums and guitars are back with the title track, Beautiful Addiction written about the obsession of visual beauty that we see on social media rather than spending time to work on who we are as a human soul traversing this world.

Apart from the years of obvious maturity that any artist goes through, the band and in particular Adam, have seen their fair share of life experiences. They have reformed multiple times but after a long journey, the band realised they needed to present an album of new material rather than a rehash of the classics or covers.

From the heartfelt honesty in tracks like God and I Know (written by Adam in 2000 as a special wedding song for his wife) through to rockers like Afterlife and Call Me Out, (and even the quirky roots sound of Storm In A Teacup), the new album does not disappoint and re-establishes them as serious artist in a musical landscape that is tough for even the most established artist. 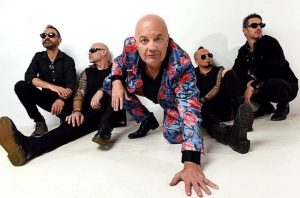 The time not touring, locked down with the rest of the world granted the Fish the time to really ensure the songs were going to weather the storm. It took them back to 1994 when the first album was released and they spent time refining the music. And just like the joy we all felt when hearing Chocolate Starfish for the very first time, the same feeling is there with The Beautiful Addiction, wondering if this album would live up to our expectations…and it more than does.

Of course not to disappoint those who were fans of their original single, Chocolate Starfish have treated us to another cover song, the 90’s anthem from Four Non-Blondes, What’s Up. True to form, the band have completely owned the song but this time with a greater depth of maturity and a clear understanding of who they really are.

They are a band that has gone through one of the toughest wilderness periods any band could have and have come out the other side a bit wiser, a lot older but still with that same cheeky grin excited for the new Chocolate Starfish version 2.0.

Take a Listen to The Beautiful Addiction at Apple – https://music.apple.com/au/album/the-beautiful-addiction/1567943591

Greg Nunan and The General Jackson’s

The Bad Boys and Cheap Trick

Under The Southern Stars Giveaway

The Bad Boys and Jade Holland

Just Who The Hell Is Chris Hemsworth Anyway?